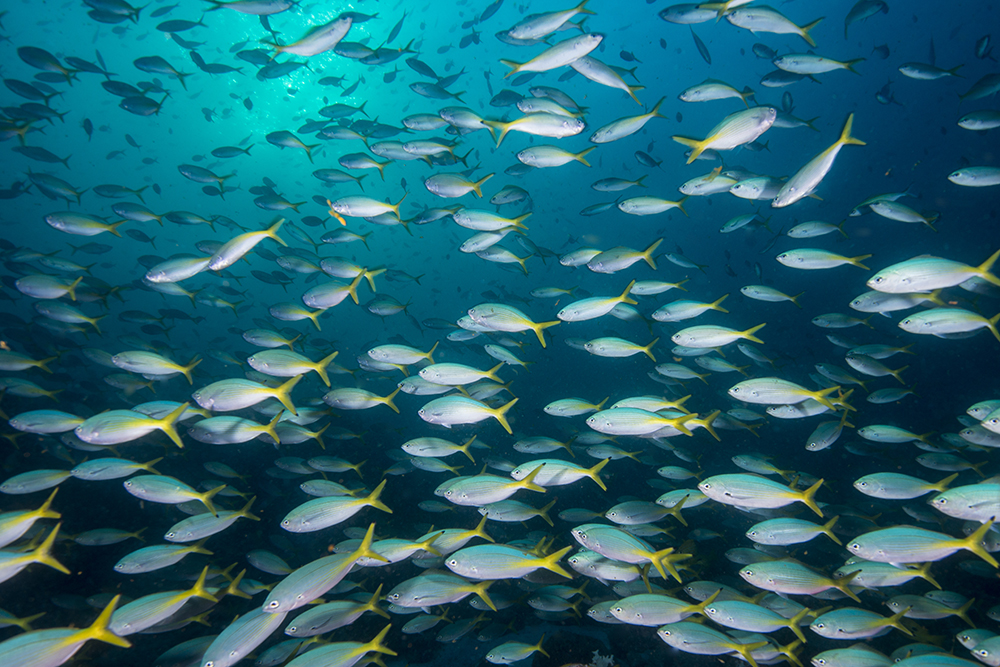 Fusiliers are so commonplace that photographers have a tendency to either take them for granted or curse them for getting in the way.  I actually quite like them and over the years I’ve tried top photograph them as best I can.  The main lesson I’ve learned is that with fusiliers, you’re shooting a shoal rather than individual fish.  These are fast-moving animals that are capable of dealing with strong currents, and as such they can really move!

Fusiliers are related to snappers, but are much more adapted to a pelagic lifestyle.  There are around twenty species.  All are fast and generally silver with blue and yellow, though some species have black stripes and/or black tips on their caudal lobes.  Tail spots can be seen in the fish in the main image, which are Caesio lunar, the Moon or Lunar Fusilier.  These images show fish in Oman, where a yellow tail is normal, elsewhere in the Indo-pacific, only younger fish show this degree of yellow on their back end. 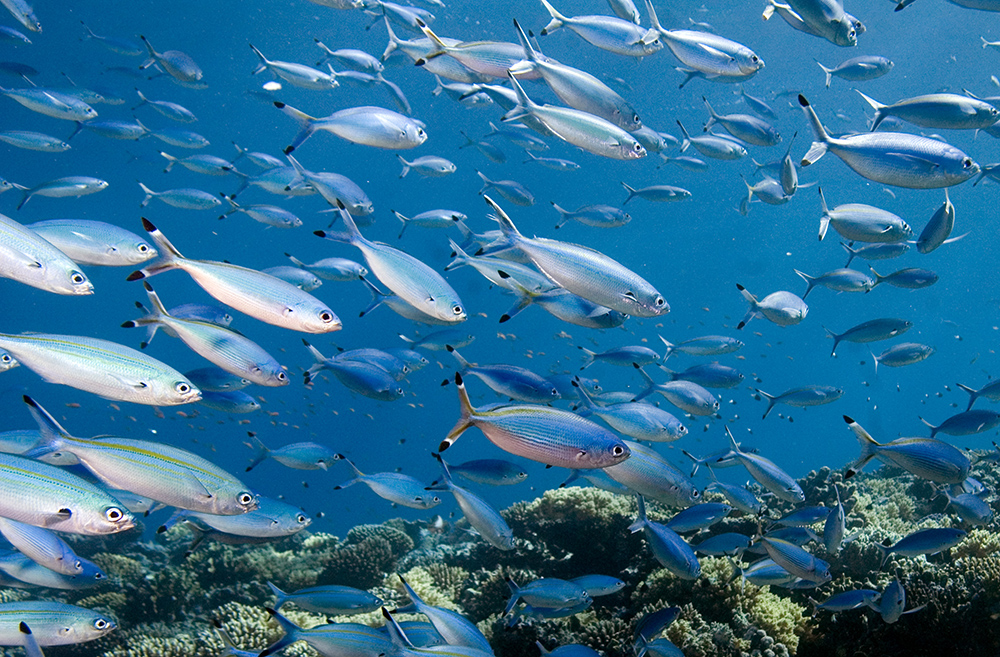 My favorite of the group is the Red Sea Fusilier (C. suevica), an endemic to the region.  This is a very attractive fish, with an overall bluer color and some minor stripes. It is seen regularly moving in shoals over Red Sea reefs. It is especially noticeable on shipwrecks, such as in the image below.  The small boat is picking up divers to return them to their main vessel.

Fusiliers are generally in the twenty-centimeter (8 in) or thereabouts, category, but when I came across this shoal in the Maldives I couldn’t help but think I’d seen some large anthias at first, before realizing that these were one of the prettiest fusiliers – the aptly-named Yellow-back Fusilier (C. xanthonata).  These are perhaps the most vibrant of the group. 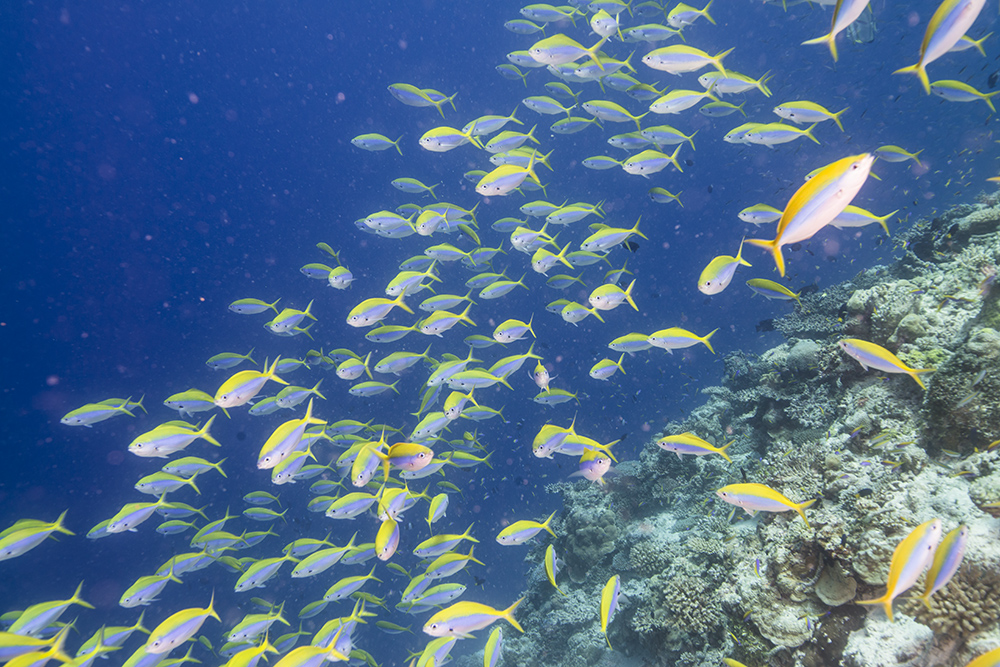