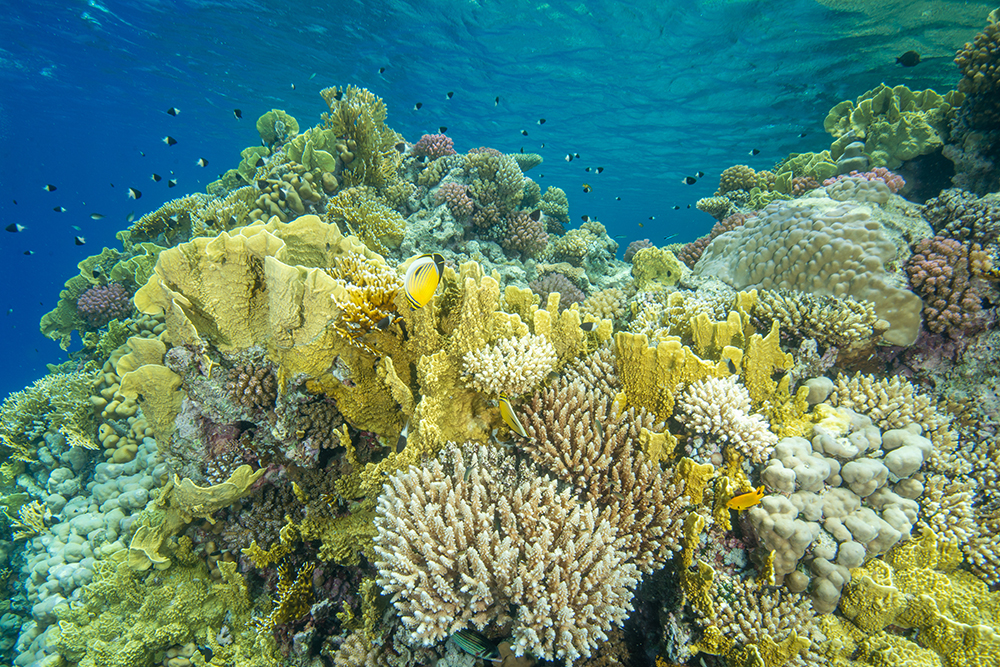 One of the corals I shoot the most isn’t really a coral at all.  I imagine most folks reading this are familiar with the Millepora genus, but I suspect most of my fellow divers think it’s just another coral. The Millepora dichotoma in the image above has a passing resemblance to Turbinaria, so you can forgive the mistake. 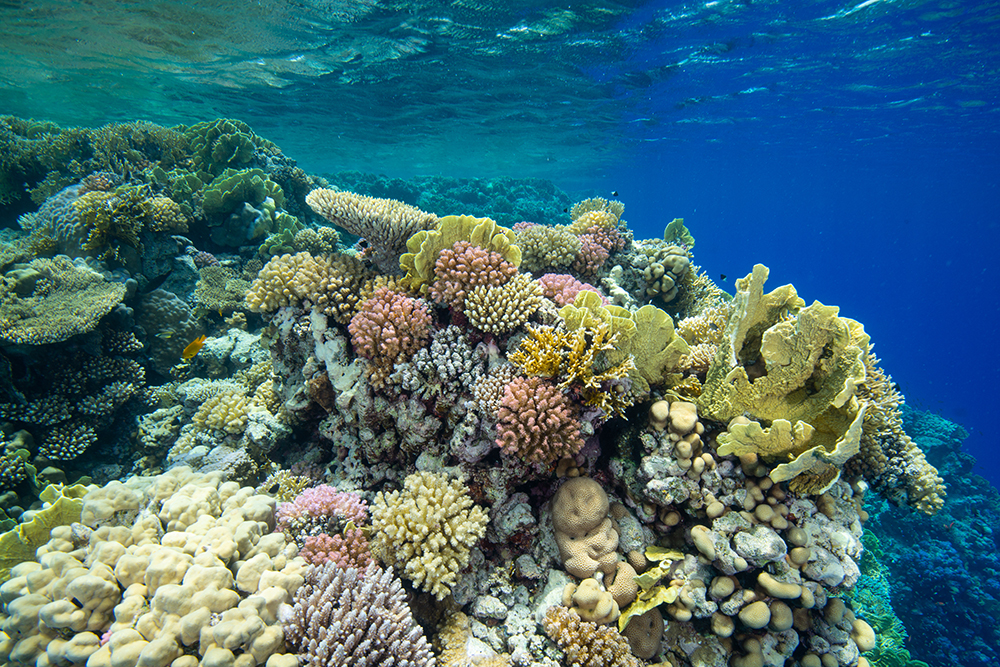 I first came across this stuff over fifteen years ago when I managed to get myself stung by it, and yep, it deserves its common name of fire coral, producing a painful rash that looked like a minor burn or scald.  That was when I looked it up and realized this common genus was a hydrozoan.  Since then I’ve clearly been a better diver and I remain unstung! 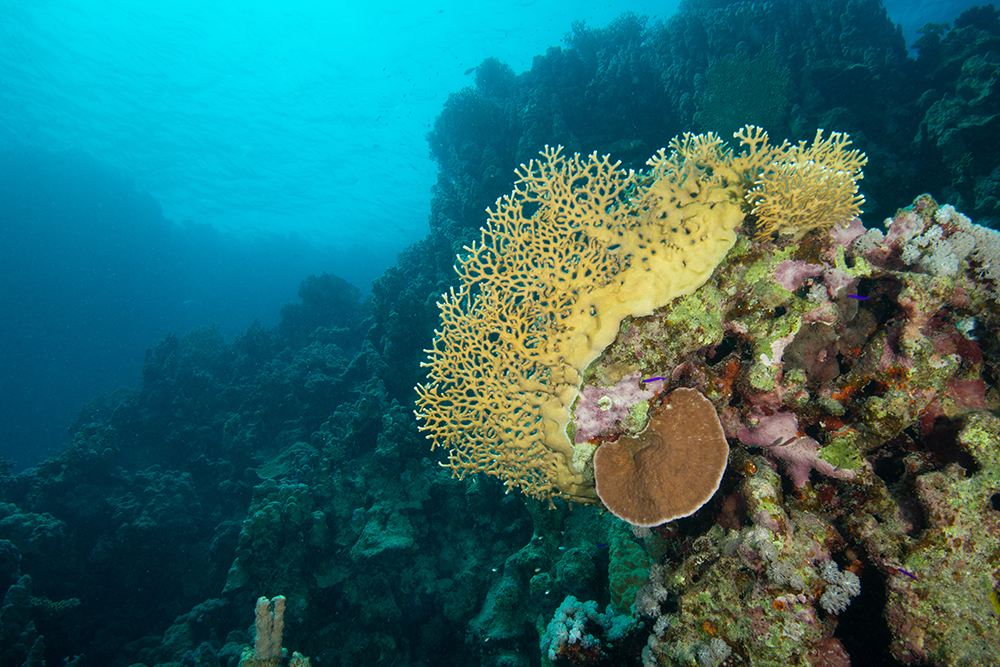 Milleporids appear quite smooth.  It has polyps, but they are very small and hidden in the structure; when the ‘coral’ is feeding the whole colony takes on a slightly hairy appearance. 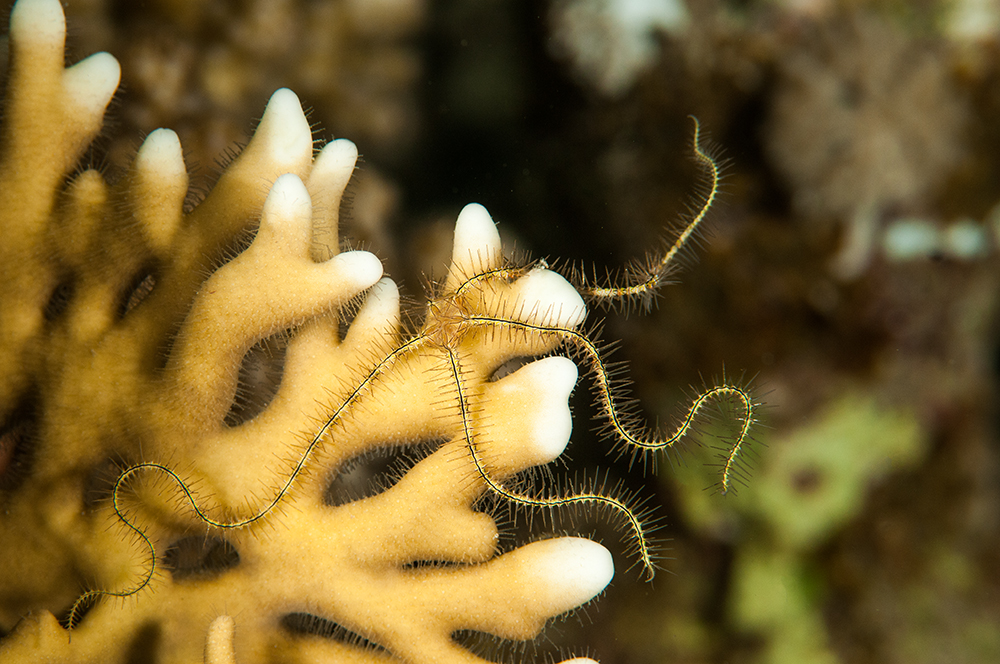 Whilst these animals pack a potent sting they are important on the reef, providing shelter for many invertebrates.  During the night, several species can be found on Millepora feeding in the current.  Crabs seem to enjoy it especially.  The animal below is covered in its own hydrozoans, which it uses to catch passing planktonic prey. 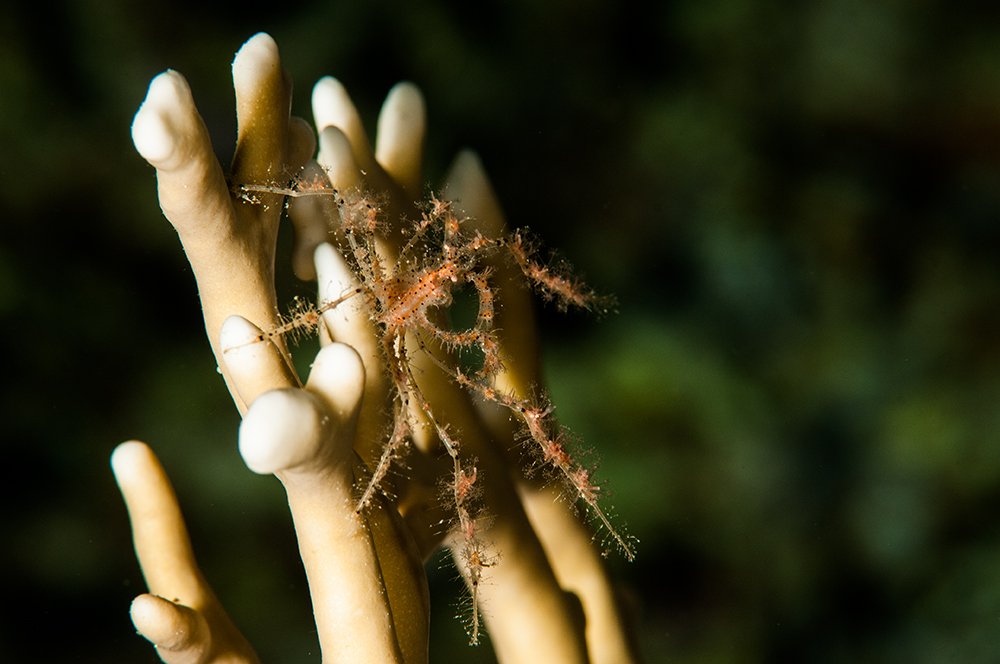 Some species, such as this Spirobranchus gigantea, live within Millepora, making for some striking imagery. 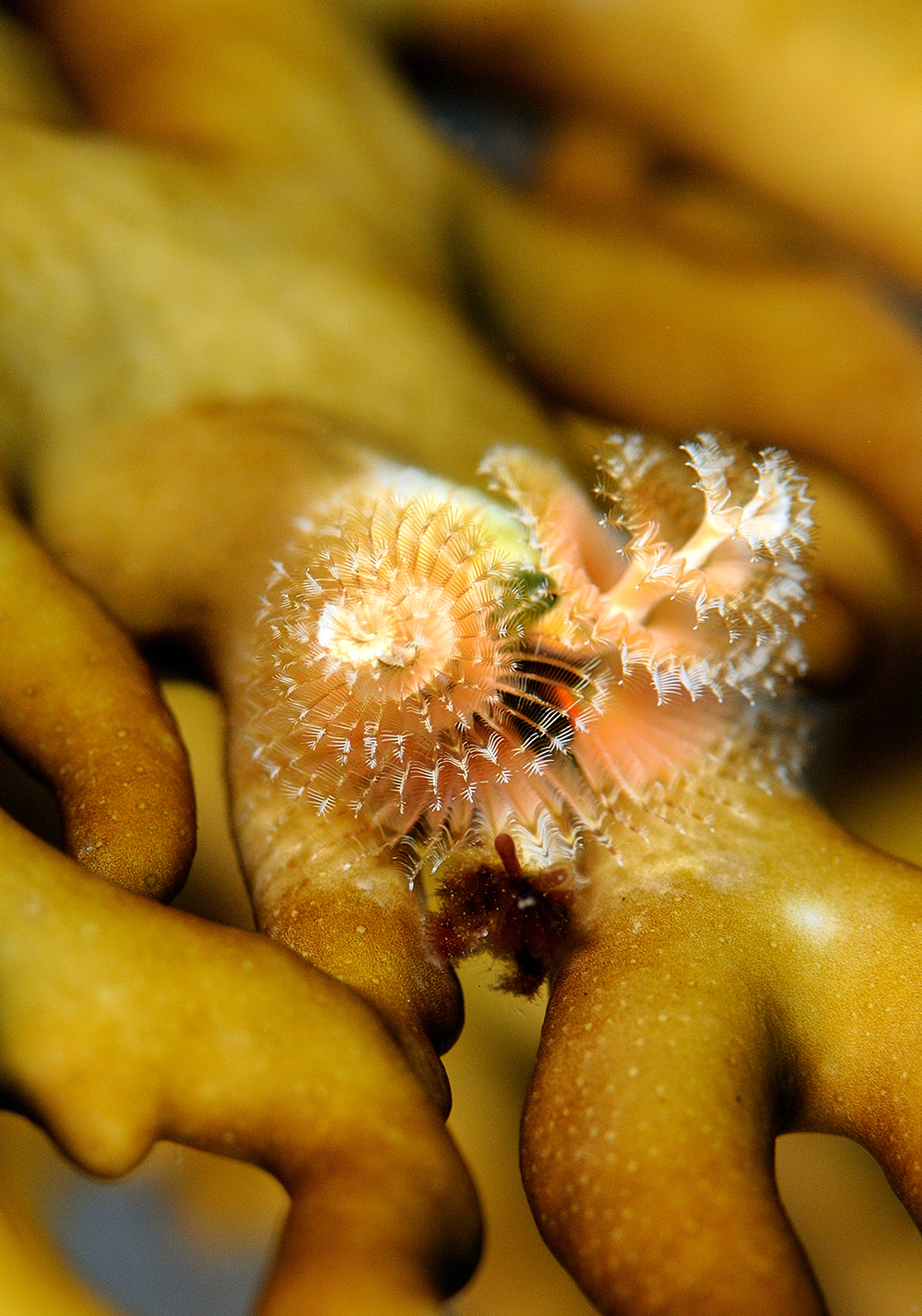