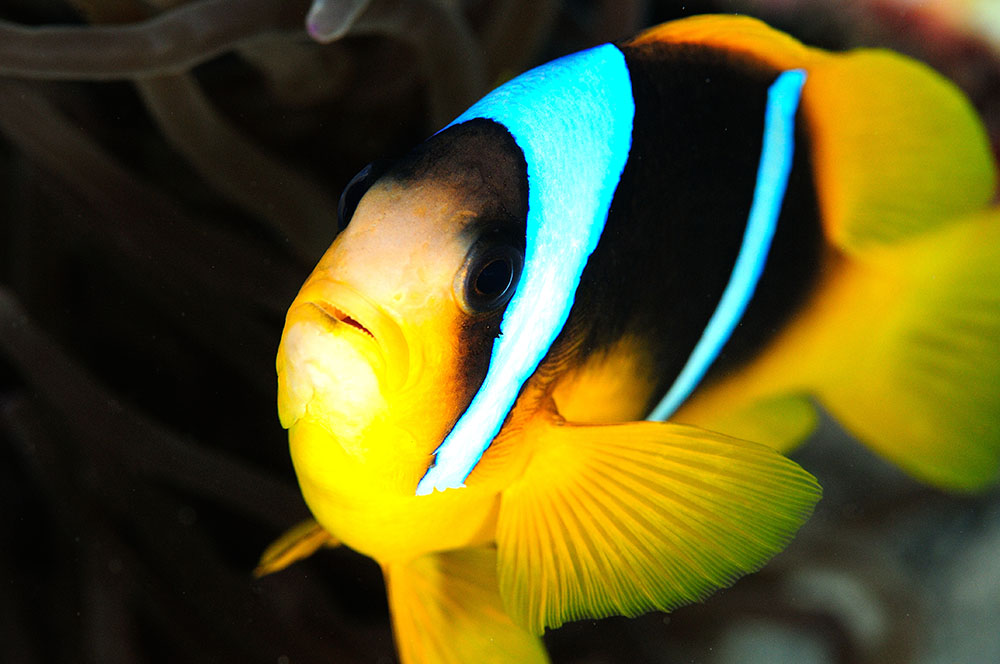 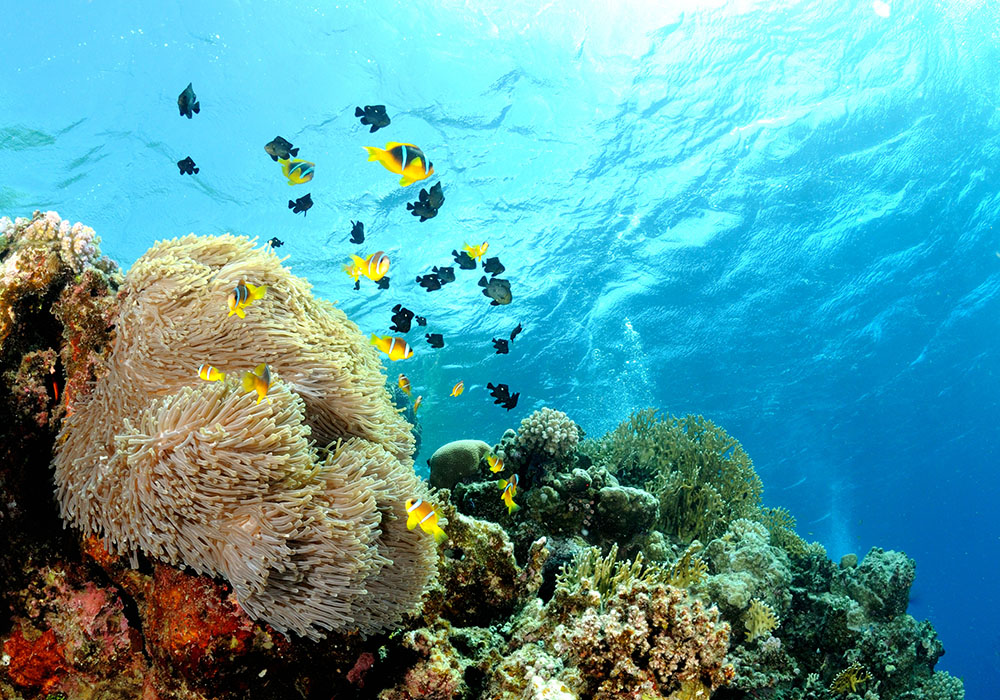 Everyone loves their first; their first car, their first time away from their folks, their first… well, a whole range of other firsts we shouldn’t mention here.  Amphiprion bicinctus was the first clown I ever saw in the wild, and the first I ever photographed. I’ve yet to fall out of love with these characterful fish.

Most commonly seen in the tentacles of Entacmaea and Heteractis species anemones this a classic Red Sea fish, though it is found in the Gulf of Aden and down to the Chagos Archipelago. 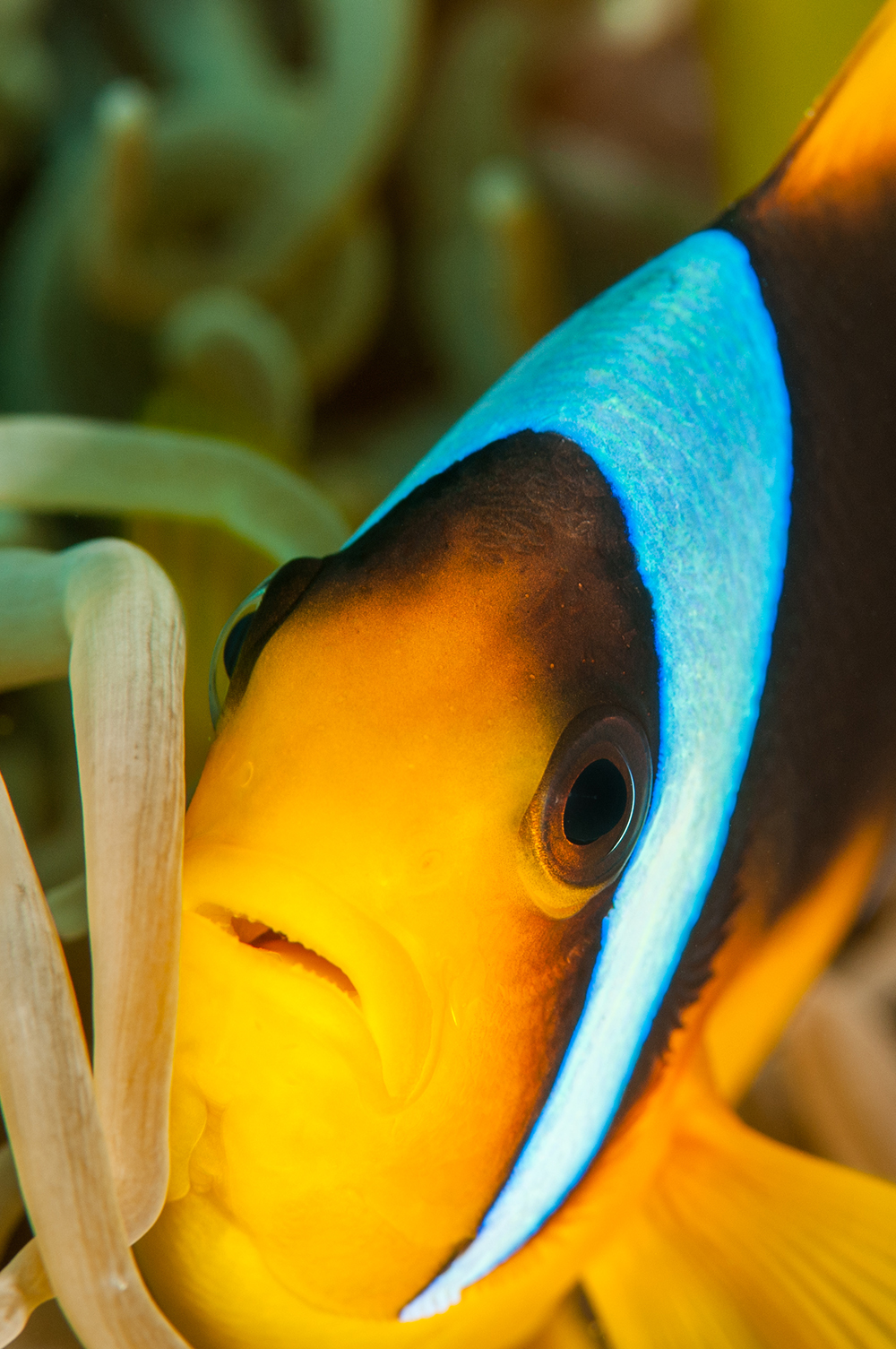 I’ve photographed several clownfish species, but this one is such a great performer due to its confident nature.  A. bicinctus will, as you approach its host, hunker down and keep on staring back out at you, allowing you to get very close for portraits.  With some species you end up chasing them around the ‘nem, but not the good ‘ol Two-banded. 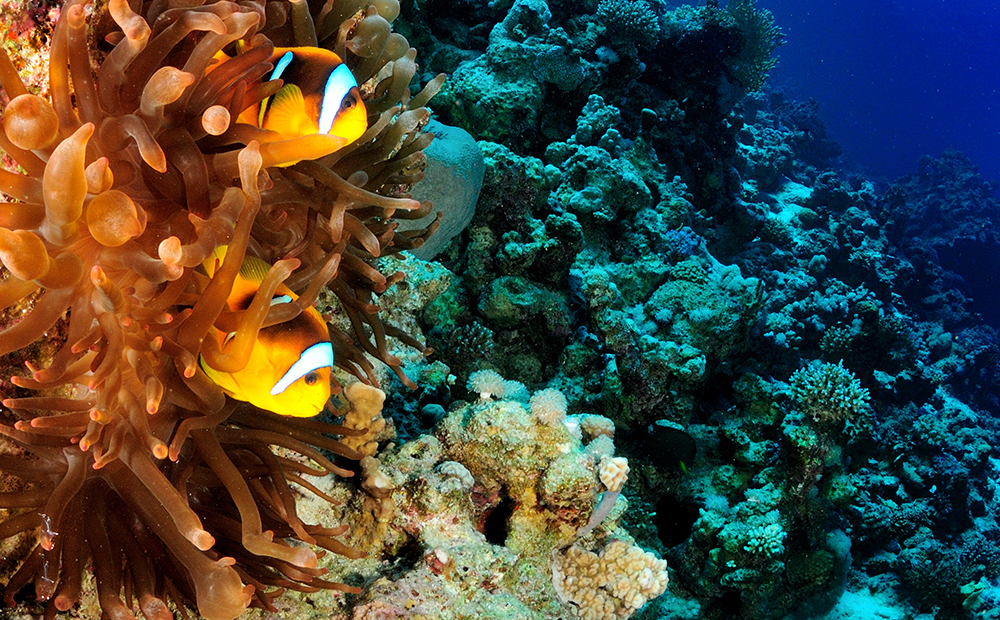 Red anemones are particularly sought after by photographers.  In the shot above I used a wide angle lens to show the fish and anemone in context. 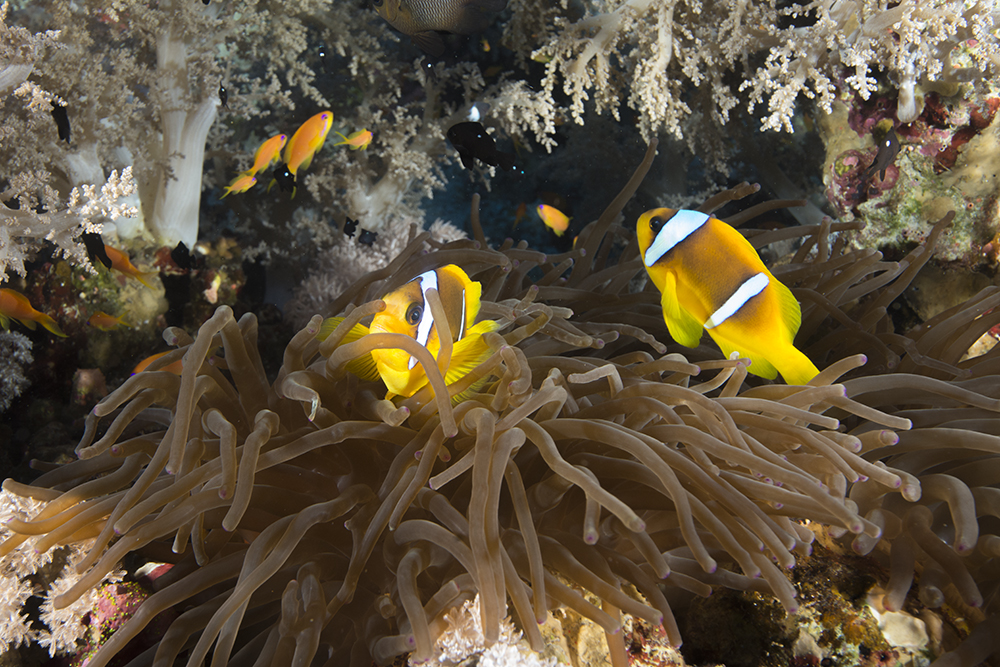 Brown, H. crispa anemones are common and if you look carefully, sometimes you find  eggs. 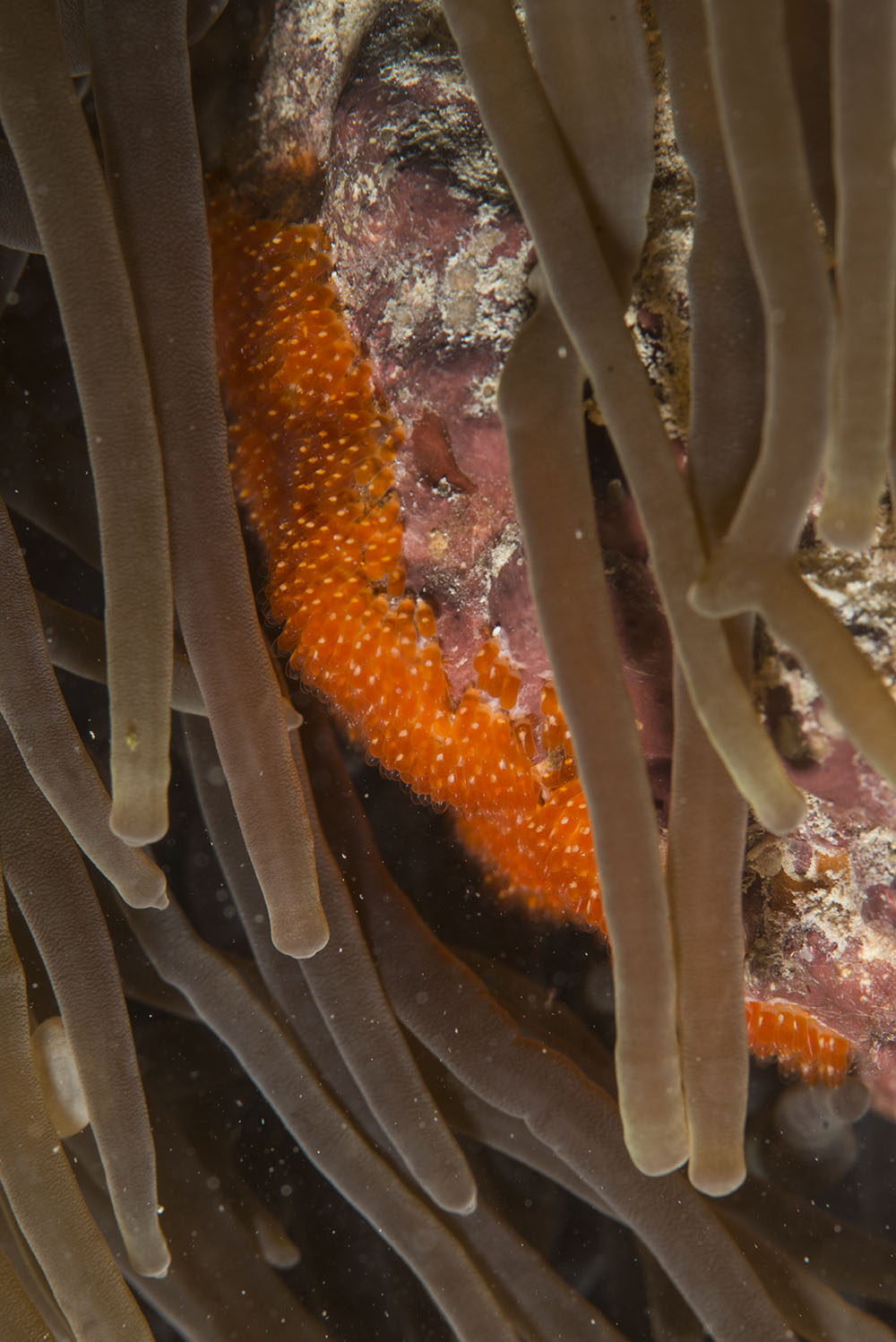 The fish shows quite a bit of color variation, with the older specimens generally showing a great deal more brown.

This pair on a shipwreck are particularly striking. 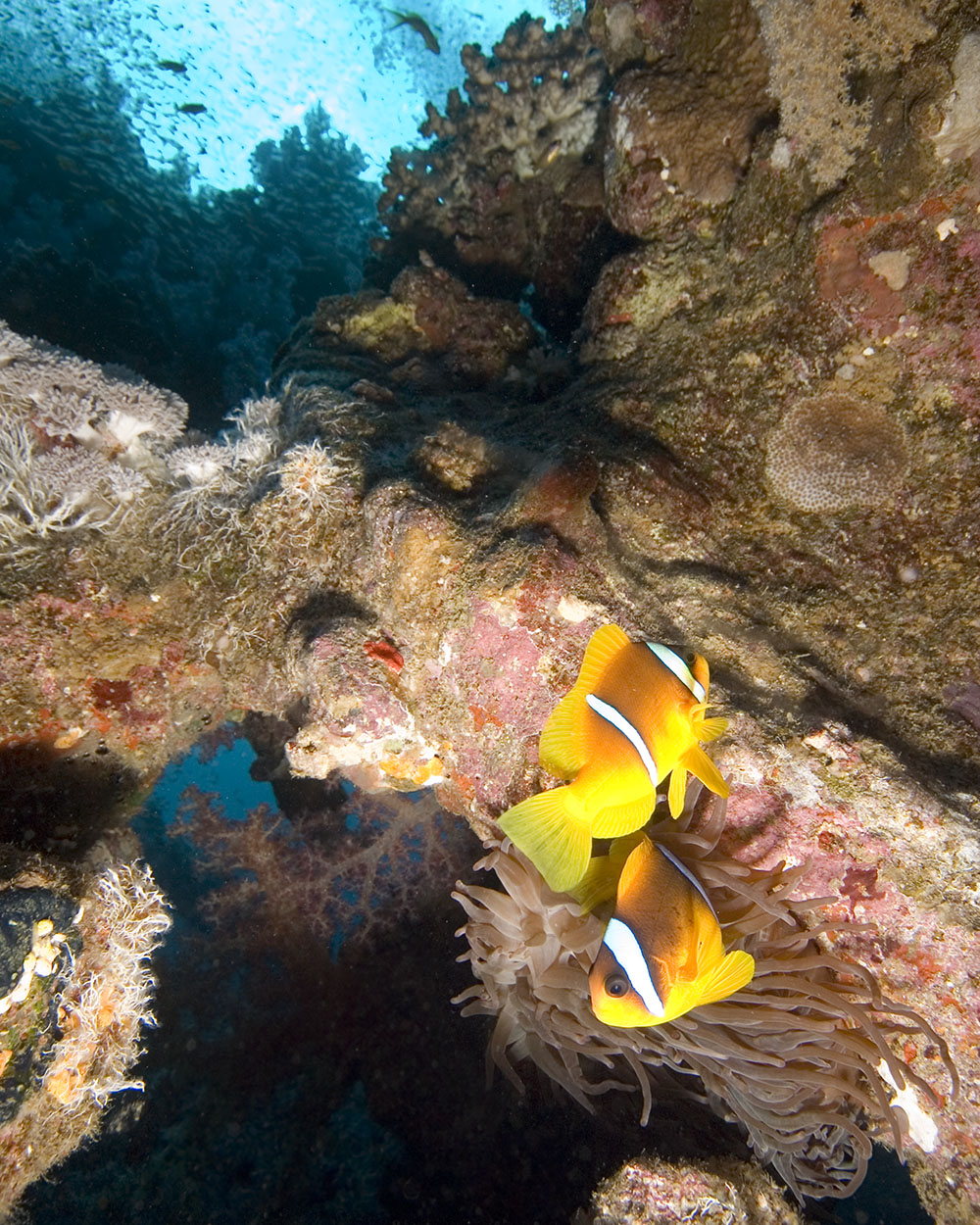