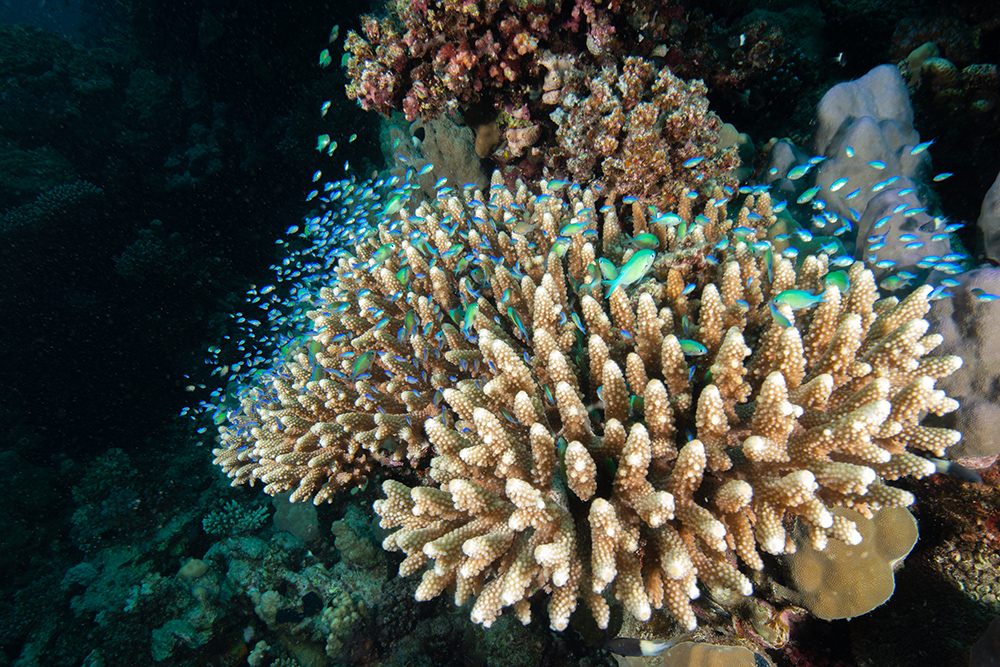 Chromis viridis are widely available in the aquarium industry and commonly kept in home aquaria.  Often, aquarists buy several very young specimens in the hope they will form a shoal.  In my experience this doesn’t really happen and sadly, as the group dynamics of the ‘shoal’ begins to settle and develop, weaker fish are bullied and one by one they die off, perhaps leaving a single pair.

What aquarists would love to achieve is something similar to the images shown here, where hundreds of juvenile fish are sheltering in acropora before dispersing and setting their own territories or being picked off by a predator.

I’ve spent many dives trying to shoot chromis viridis, often with little success.  The fish are so very timid and will dive into coral heads the moment you even think about pointing a camera at them. Firing your strobes at a beautiful shimmering shoal usually results in a shot of some brown acroporid with, if you’re lucky, a few eyes staring back from deep in the colony. 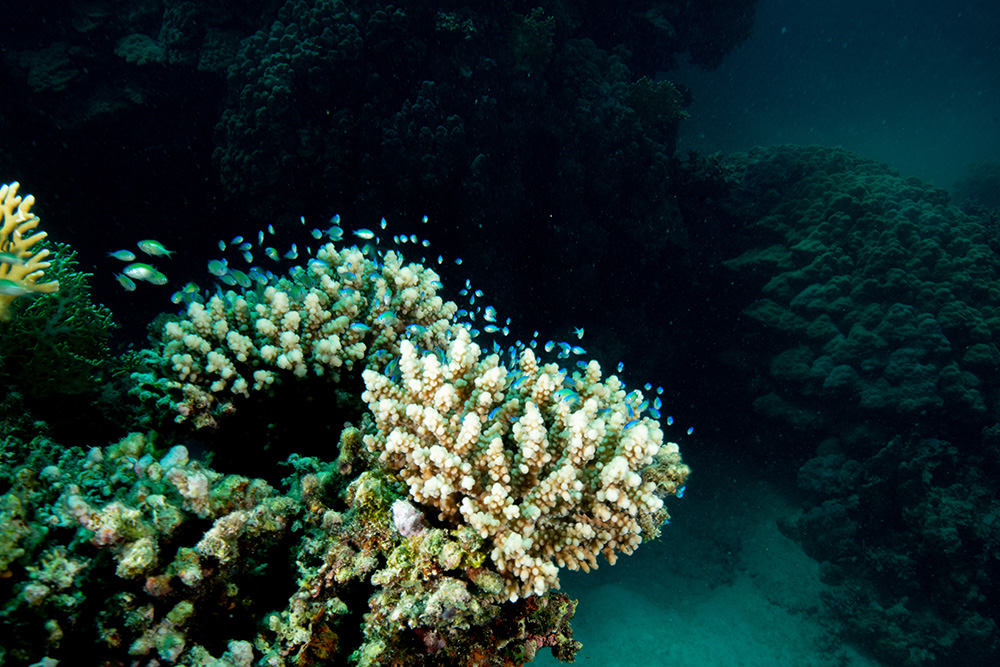 For some reason that I can’t quite figure out, I came across a large shoal of chromis at this site in the Red Sea, which would move from one coral head to another and allow me to get within a  few meters for a shot. 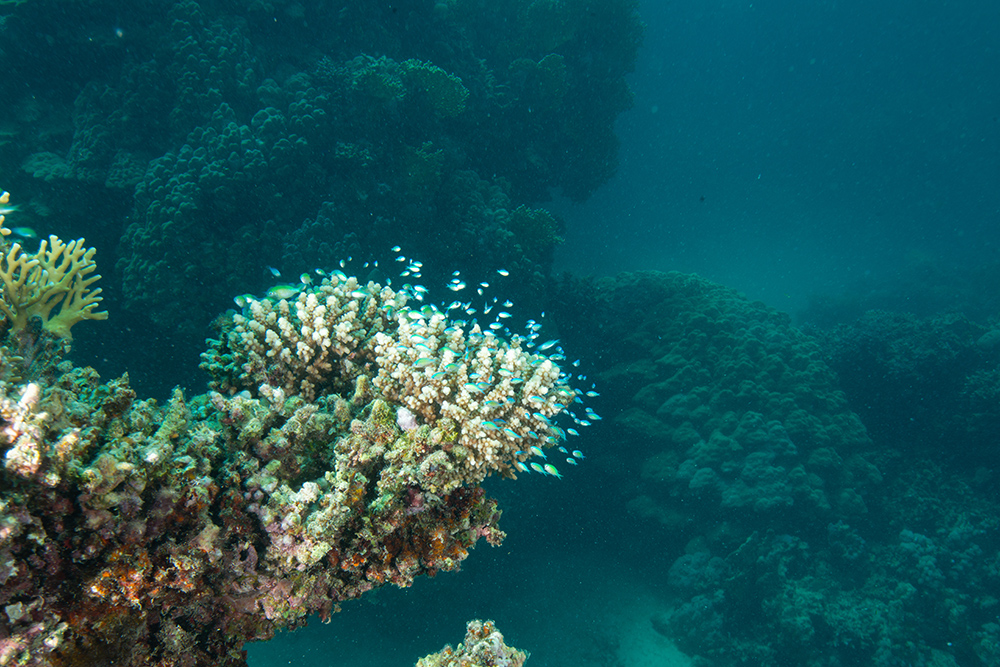 I’m particularly pleased with the main image.  I purposefully used a narrow aperture and fast shutter speed, to freeze movement and to limit the exposure of the background, relying on my strobes to illuminate the subject(s).